The vaccine passport is now a fact of life in Ontario.

While many welcome it as a measure that helps customers and staff at certain recreational, entertainment and dining establishments stay safe, others view it with dread – both people who have decided not to be vaccinated, and those who have to enforce the province’s regulations.

The latter include regular employees, some of whom have already faced verbal abuse from irate customers, and the extra security guards some businesses have decided to hire because of danger to regular staff.

Let this be a plea for sanity. Throwing a tantrum at a restaurant or gym will not make employees let a person in. That vaccine passport is an absolute requirement from the provincial government, and there are hefty fines to ensure businesses comply. What the tantrum will do is force the staff person to call police, who will most certainly not be gentle and conciliatory in confronting a grown adult screaming, slamming doors and threatening people like a frustrated two-year-old – a frustrated two-year-old who is expressing, at top volume, his intention to damage the business and its staff.

Businesses are not responsible for the rules and do not have the power to change them. All that throwing a tantrum and kicking in a door will accomplish is earning the tantrum-thrower a criminal record and a sore foot.

People who force their way into a business without showing their vaccine documents, or who show fake documents, face a $750 fine. For the business that fails to enforce the provincial order, the fine is $1,000. If charged and convicted under the Reopening Ontario Act, the penalties are a lot higher.

It is unfair to ask a teenager who earns minimum wage to confront a customer who refuses to wear a mask and who regards a vaccine passport as a dastardly violation of his rights and freedom. It is equally unfair to ask a business that is on the edge of going under financially to absorb the cost of hiring a security guard. It is not only unfair but potentially dangerous to tell both to just call police if things get out of hand, especially in an area where the nearest officer might be 20 minutes away responding to a car crash.

However, it is a criminal offence to take out one’s anger on some kid asking for identification and proof of vaccination.

People who have a problem with showing proof of vaccination to enter certain non-essential businesses might want to discuss the situation with their local MPP. Discuss, as in, ask for assistance, not pitch a fit and scream obscenities.

Anyone can make a big enough stink their complaint is heard. Whether their complaint is discussed, thought about and considered requires a self-control and work. Make a call, send a letter or fire off an email, but first, delete four-letter words starting with “f”, lower the volume and prepare a well-thought-out argument.

Elected representatives have constituency offices so they can assist people in the communities they represent. And we have elections to ensure we put the right people in those offices.

We have just re-elected another Liberal minority government. In a relatively short few months, we will be asked to make our choices in provincial and municipal elections. This is how Canadians make our voices heard.

As for vaccine passports, those who have decided not to be vaccinated and who do not qualify for a medical exemption should resign themselves to dining on items listed on the local drive-through menu. Or they can lobby the province for change.

Those who support the measure will have to carry a new piece of identification for a while, and be prepared for the time it takes someone to peruse it and record names and phone numbers for contact tracing.

Until the province changes its rules, the vaccine passport is part of life in Ontario. Whether we make the best of a less-than-pleasant situation or try to change it, tantrums are not the answer. 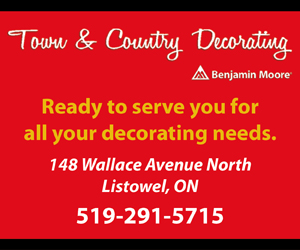