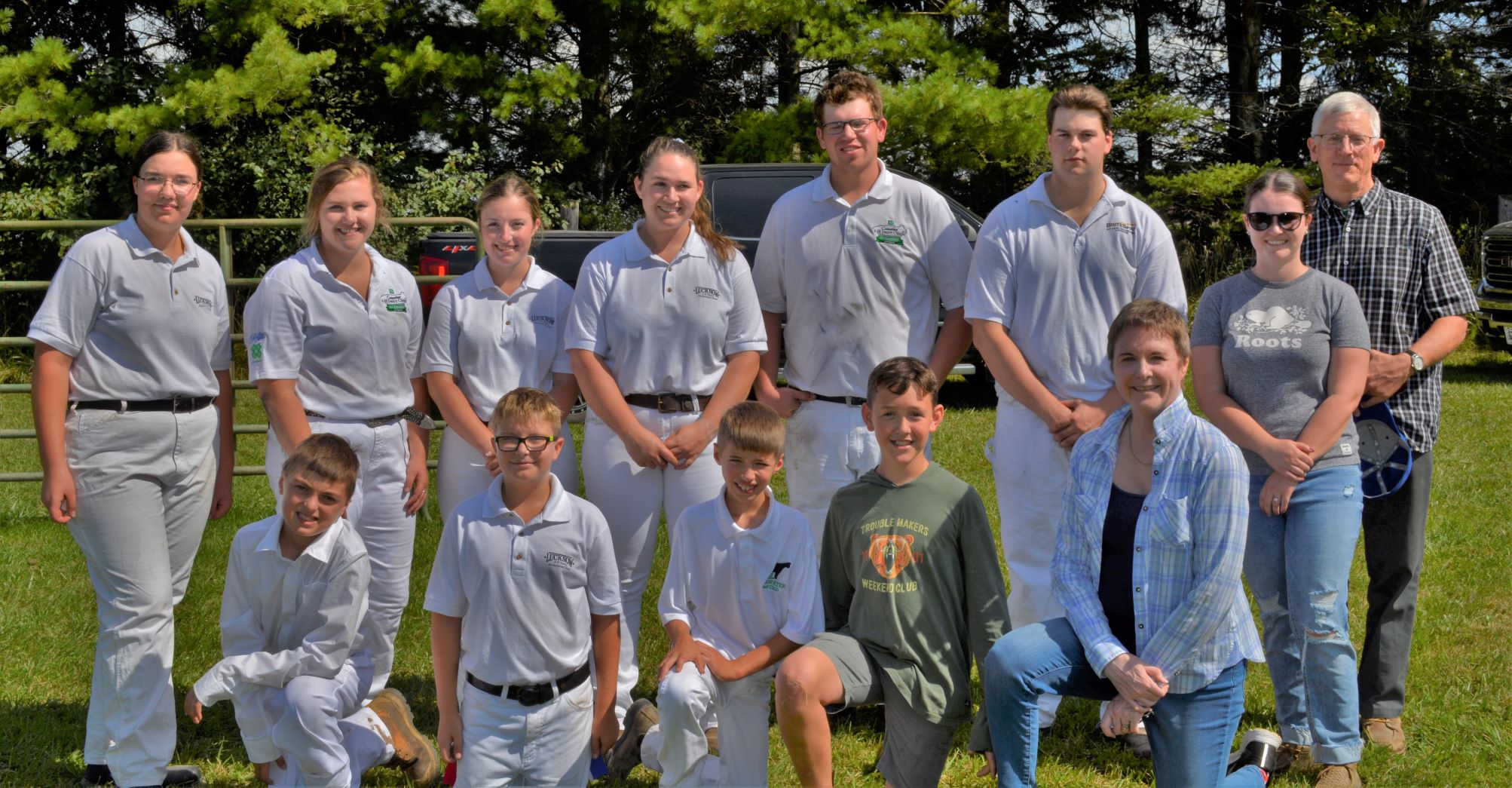 The South Bruce Dairy Club held its final meeting of the year on Aug. 20 at the Teeswater Fall Fair. (Submitted photo)

TEESWATER – The South Bruce Dairy Club held its final meeting of the year on Aug. 20 at the Teeswater Fall Fair.

The members gathered at the Huron Bay Co-op to receive instructions for the photo scavenger hunt. Once on the fairgrounds, everyone split up into groups and began the hunt. Members had to find and photograph different attractions at the fair, and find the answers to a few questions such as “take a selfie with a camper and find out where they are from” or “take a picture of a beef calf and name the breed.”

After an hour of searching the club reassembled to review their findings. The biggest finding was that some of the things on the list were not yet at the fair, such as the ambassador (she was still in the parade), or horse drawn rides which were not coming till noon. Overall the day was a lot of fun.

Every 4-H Club finishes with an achievement day. In livestock clubs, it is usually a show held at the local fall fair. This year, the Club Achievement Day was held at the Mildmay-Carrick Fall Fair on Sept. 10.

Unlike other 4-H and breed shows that the club members have competed at this year, the Achievement Day Show is only open to the members of the South Bruce Dairy Club, allowing members to compete directly against each other.

The show started with a joint beef and dairy future showman class, in which kids under the age of nine gave showing a try. Each competitor received a red ribbon and $5 for their hard work.

Unlike the novice class, all of these showmen have been showing for years so it made for a much tougher competition.

Following the senior class was the champion showman class, where the top two showmen from each class competed against each other for the titles of Grand Champion, Reserve Champion, and Honorable Mention. 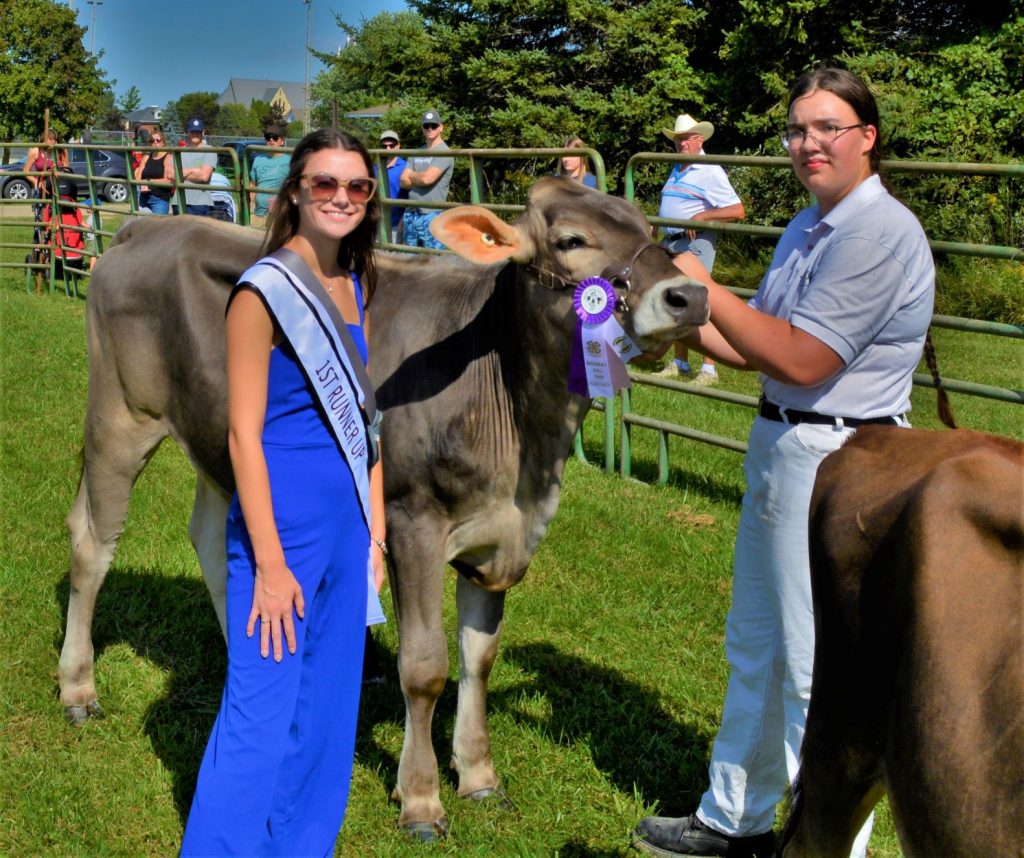 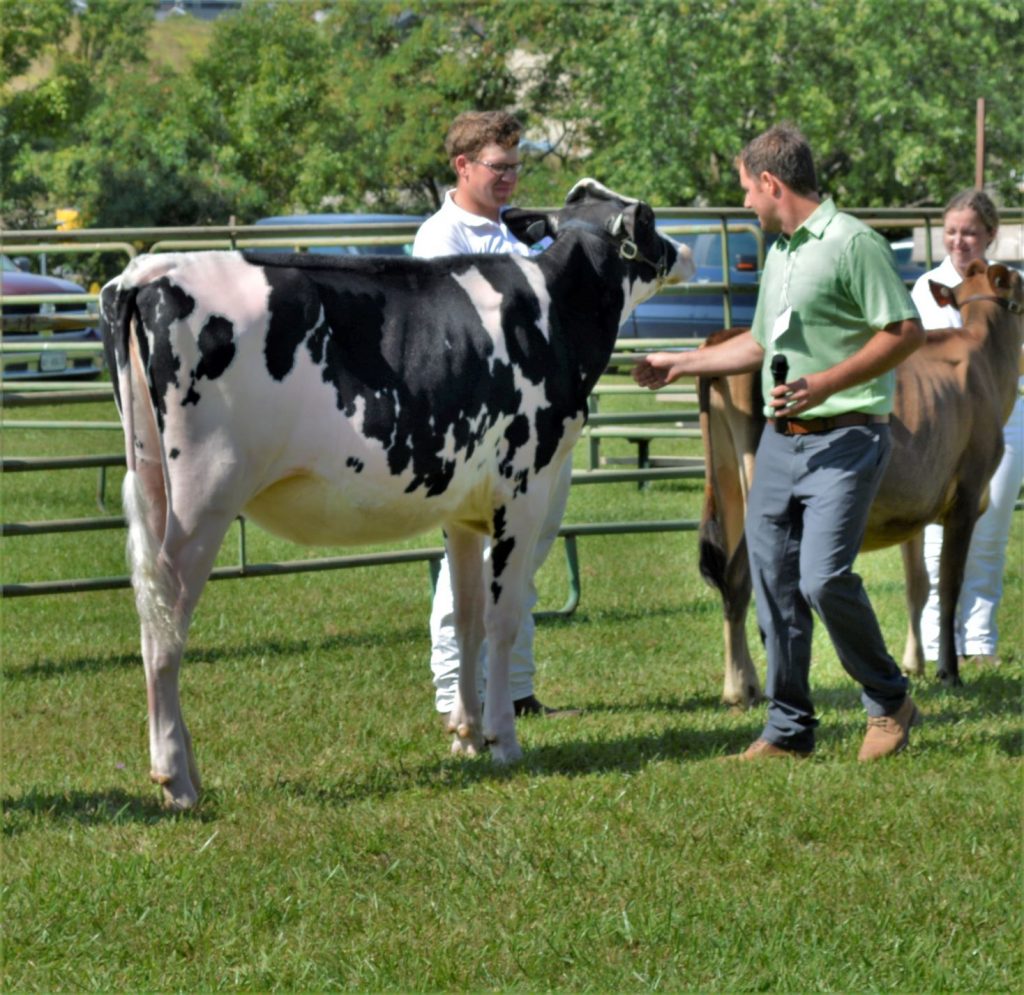 The reason for this is that calves born after May of the show year are too young to be shown, and the calves born before March of the previous year are getting ready to have calves of their own. This year the members chose calves from a lot of different age groups, and because of this there were all five conformation classes that day. 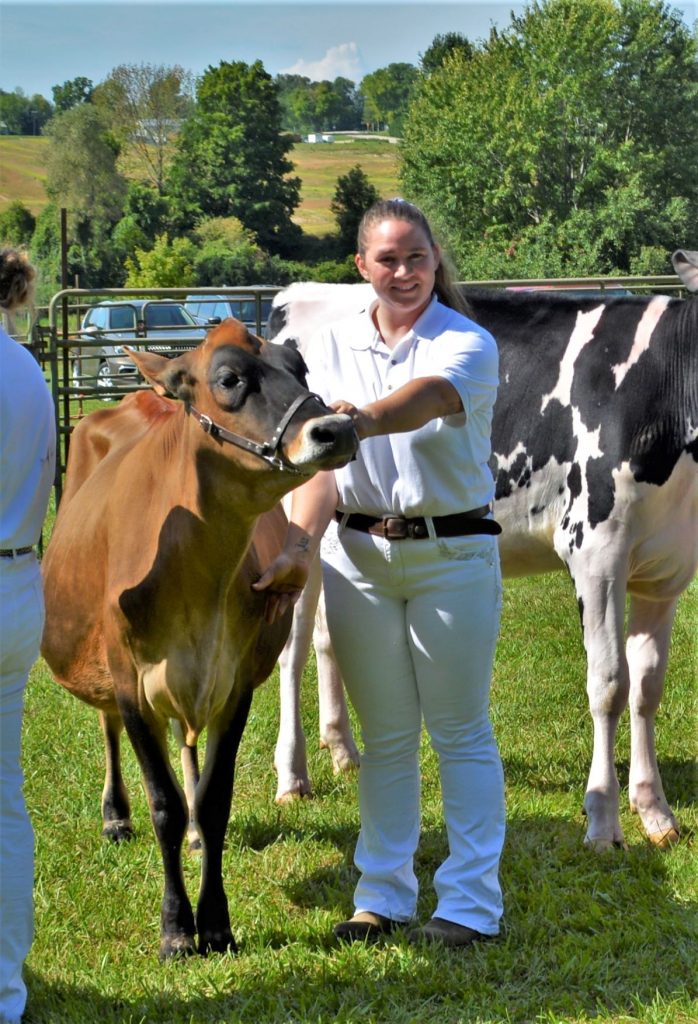 New this year was a class of showmanship for past 4-H members. These showers ranged in age from in their early 20s to some in their 70s. Using calves borrowed from current members, each of these alumni showed their best, hoping to win two tickets to the barbecue chicken dinner on Sunday night. Due to the overwhelming enthusiasm for this class, they had to divide into two groups and two more tickets were donated to the show at the last minute. Both dairy and beef calves were shown by a total of 19 participants.

Although the club has concluded for the year, the older members have turned their eye towards the biggest Canadian 4-H Dairy show of the year. Each one is hoping to have won a spot on the team that will represent Bruce County at the TD 4-H Dairy Classic held at the Royal Winter Fair in Toronto. Only eight members and their calves can be sent from each county. and most counties have more than one dairy club. Members have been preparing for this by attending shows throughout the summer. Points are awarded to the top placings at each qualifier. As the 4-H showing season ends, each member hopes to have enough points to make the team.

The club would like to thank the leaders, Alec and Sharon Martin and Morgan Hickling, for a great year and an amazing achievement day, as well as the many companies and individuals that have sponsored us this year.