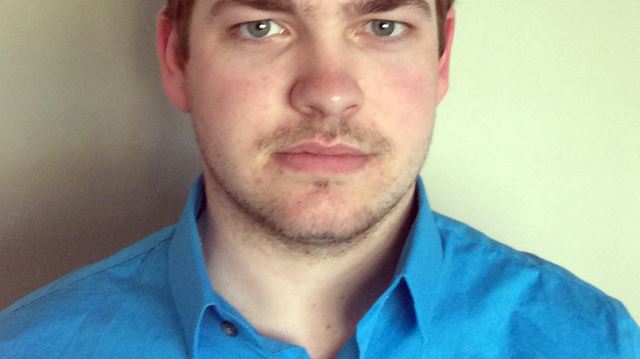 Paul Hopkins, who served as assistant coach for the Exeter Hawks for the last two years, has been chosen to take over as head coach for the team, replacing Dale Timmermans.

EXETER — After a short search, the new head coach of the Exeter Hawks will be Paul Hopkins, who has served as assistant coach for the last two seasons.

“It’ll be nice to have full control and see what this group can do. There’s a lot of good guys coming back,” Hopkins said referring to the veteran talent that has stayed with the team.

Hopkins, a London resident, takes over the position from Dale Timmermans, who was the head coach for the last four years, the last two of which have seen the Exeter Hawks making it to the SOJHL finals. The Hawks were SOJHL champions in 2015, and were league finalists in 2016, losing to the Dorchester Dolphins four games to three.

Bringing the Hawks up in league status has been the labour of the duo of Dale Timmermans and his brother, Doug, who is the team’s general manager.

Doug, who had earlier announced a decision to leave the team along with his brother, announced a change of mind at the Hawks season end award night April 29, and will stay with the team after all.

“The last couple of years, they’ve really taken some steps in the right direction,” said Hopkins. “They’re a contender every year. Now, Exeter is right up there.”

Hopkins says he’s glad Doug will remain with the team, citing his experience as an asset.

“What a relief,” he said. “He’s great at what he does, very good at dealing with other teams. It takes a lot of weight off of my shoulders. It’ll be great to have him back.”

Hopkins doesn’t yet have any plans for significant changes in the way the team is run, since what the Timmermans brothers have been doing seems to be working well for the team.

“There won’t be a whole lot of change,” he said, mentioning the number of players on the team who have been there for a while and know how to handle themselves. “Just point them in the right direction and they’ll do what they know how to do.”

Doug says that in his time as assistant coach, Hopkins has learned well how to run the team, making him his first choice to succeed his brother.

“(Dale) looked after everything on the ice. I looked after everything off the ice. We don’t cross into each other’s territory. We both have defined roles. With the new coach, he saw how we did things. Paul knows what his responsibilities are,” he said. “I’d be foolish to say it will be seamless. There’s going to be some bumps in the road, obviously, but I have great faith in Paul; that he’s going to pick up the ball and carry on.”

Taking over as the assistant coach for the Exeter Hawks is Ryan Shipley.