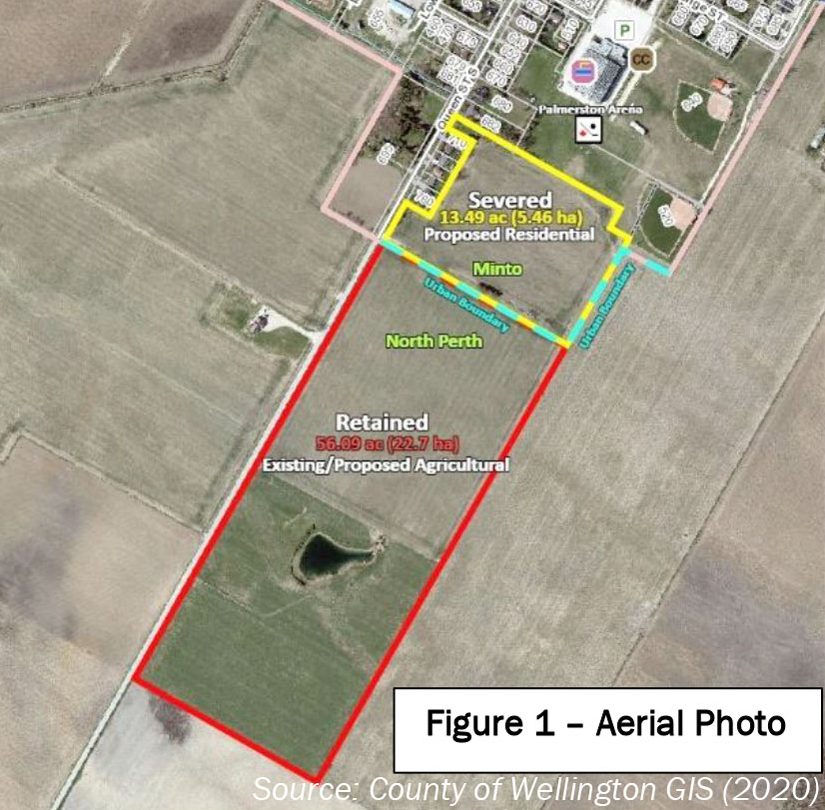 Minto council has recommended Wellington County approve a severance for a portion of land that straddles the border with Perth County, south of Palmerston. Minto council agenda image

MINTO – Council here is recommending approval of a severance that would divide a parcel of land that straddles the border of Wellington and Perth counties at the south end of Palmerston.

The 13.49-acre portion of the property within the urban boundary is presently designated by the County of Wellington’s Official Plan as residential and zoned residential (R2) by the Town of Minto, making it a residentially developable parcel.

The 56-acre portion within North Perth is presently designated and zoned as agricultural.

“The purpose of this consent application is to sever the agricultural land in North Perth from the residential land in Minto,” the report states.

“The portion within the urban boundary is currently zoned and designated as residential and has been subject to proposed residential development plans since at least the late 1970s,” said Sawyer.

“We haven’t received a formal concept plan to date and should the property be developed with more than a single unit, for severances or a draft plan of subdivision, it would be coming back before council for their consideration,” said Sawyer.

“This is simply to split the residentially-developable land that’s in Minto from the agricultural land in North Perth.”

She noted the applicants, Carolyn, Jennifer, Scott and Wendy Logan, must also receive approval for the severance from Perth County.