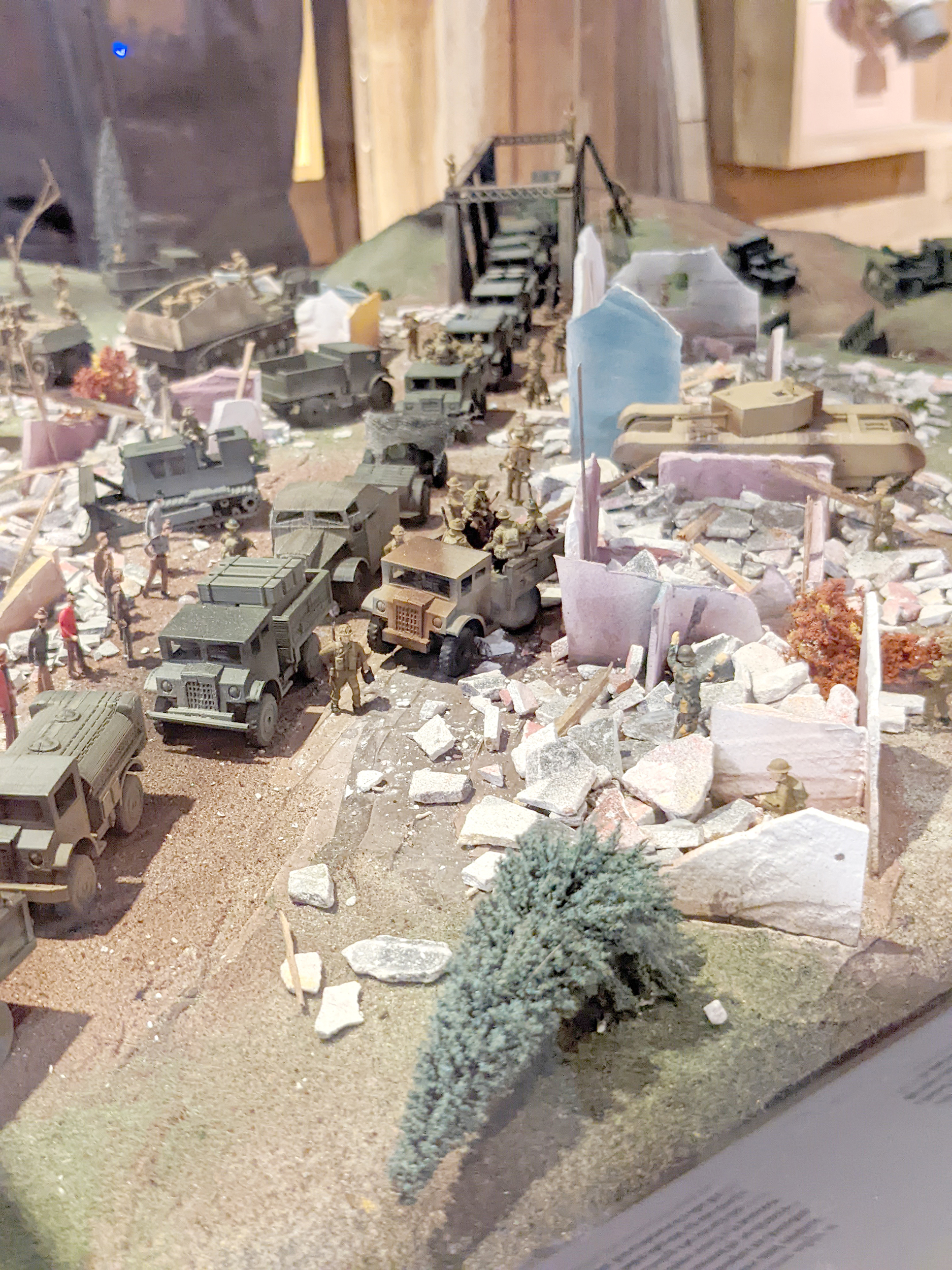 BRUCE COUNTY – In honour of the 80th anniversary of the Second World War, the Bruce County Museum and Cultural Centre (BCM&CC) has unveiled a new, finely detailed diorama depicting the major ways Canada contributed to the war effort.

The exhibit showcases this work on land, air, and sea from both civilian and military perspectives, and highlights the significance of Canada becoming the “aerodrome of democracy.”

With the 80th anniversary of the Second World War this August, the diorama stands as a timely tribute to the over one million brave men and women in Canada who donned uniforms to fight against oppressive regimes, while recognizing those who performed supporting roles in factories and on farms at home, thereby ensuring a constant flow of critical military supplies throughout the war.

This exhibit is now part of the museum’s permanent collection of displays and is proudly sponsored by the Bruce County Royal Canadian Legions and Veterans Affairs Canada.

The Bruce County Museum and Cultural Centre offers adult and children’s programming, special events, and is home to the Bruce County Archives and Research Room. Our mandate is to preserve and make available the documentary heritage of Bruce County. Discover more at www.brucemuseum.ca.